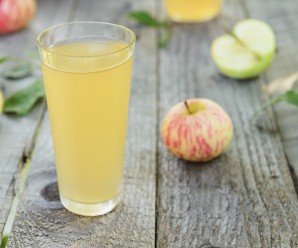 Traditionally, apple cider vinegar has mostly been used in cooking but we’ve recently seen a major shift in its applications. It appears to be much more commonly used as part of a beauty routine and ingested plainly for its multitude of health benefits. When it comes to good quality apple cider vinegar, you want to opt for the one with a murky appearance. An amino acid-based formation is what causes the apple cider vinegar to appear murky; this web-like formations is often referred to as the “mother”. It is there where many of the benefits of apple cider vinegar are contained. Many manufacturers pasteurize and filter their vinegar, effectively preventing the “mother” from forming.

Apple cider vinegar has become increasingly popular largely in part because of its low cost and multitude of possible applications. Here are some of the best benefits of apple cider vinegar.

According to the most recent data 29 million Americans have been diagnosed as diabetic and 86 million are pre-diabetic. The term “diabetes” is used to describe elevated blood sugars, in the context of insulin resistance and/or an inability to produce insulin. Both of the these occurrences in the body can lead to complications and the rapid development of chronic disease, which include:

Vinegar has been found to lower cholesterol by decreasing triglyceride levels and VLDL levels (bad cholesterol). The Journal of Food Science reports “Polyphenols such as chlorogenic acid, which is present in high levels in apple cider vinegar, could inhibit oxidation of LDLs and improve health by preventing cardiovascular diseases.”

It’s important to note that ACV needs to be diluted when used on the skin. The exact ratio of dilution will depend on the sensitivity of your skin. The typical ratio of dilution is 1 part ACV to 3 parts filtered or distilled water. Use this as a starting point and test it on a small part of you skin, such as along the jawbone. If you have broken skin, it’s normal to experience a slight burning sensation lasting about 5 seconds after applying ACV. When used regularly, ACV helps skin clear and works as a natural skin toner. For best results, use ACV internally as well as externally.

Candida is the overgrowth of yeast in the body. Candida albicans is always present in the body and is typically not of any concern. However, when it overgrows, it leads to various complications such as:

When left untreated, chronic candida overgrowth can develop into systemic candida, which can be life threatening. Apple cider vinegar can help eliminate candida overgrowth. It does this by promoting the friendly bacteria of the intestinal flora and balancing the body’s pH. Drink one tablespoon of raw apple cider vinegar with warm water in the morning, afternoon, and night, before meals. Honey, ginger, or lemon can be mixed in to make it taste better if you prefer. Candida feeds off of sugar, refined carbs, gluten, and dairy. For best results, stay away from these foods and instead opt for fresh vegetables and probiotic foods such as kimchi and miso. 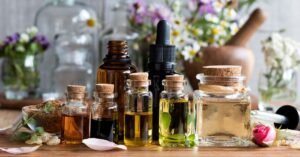 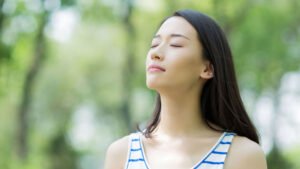