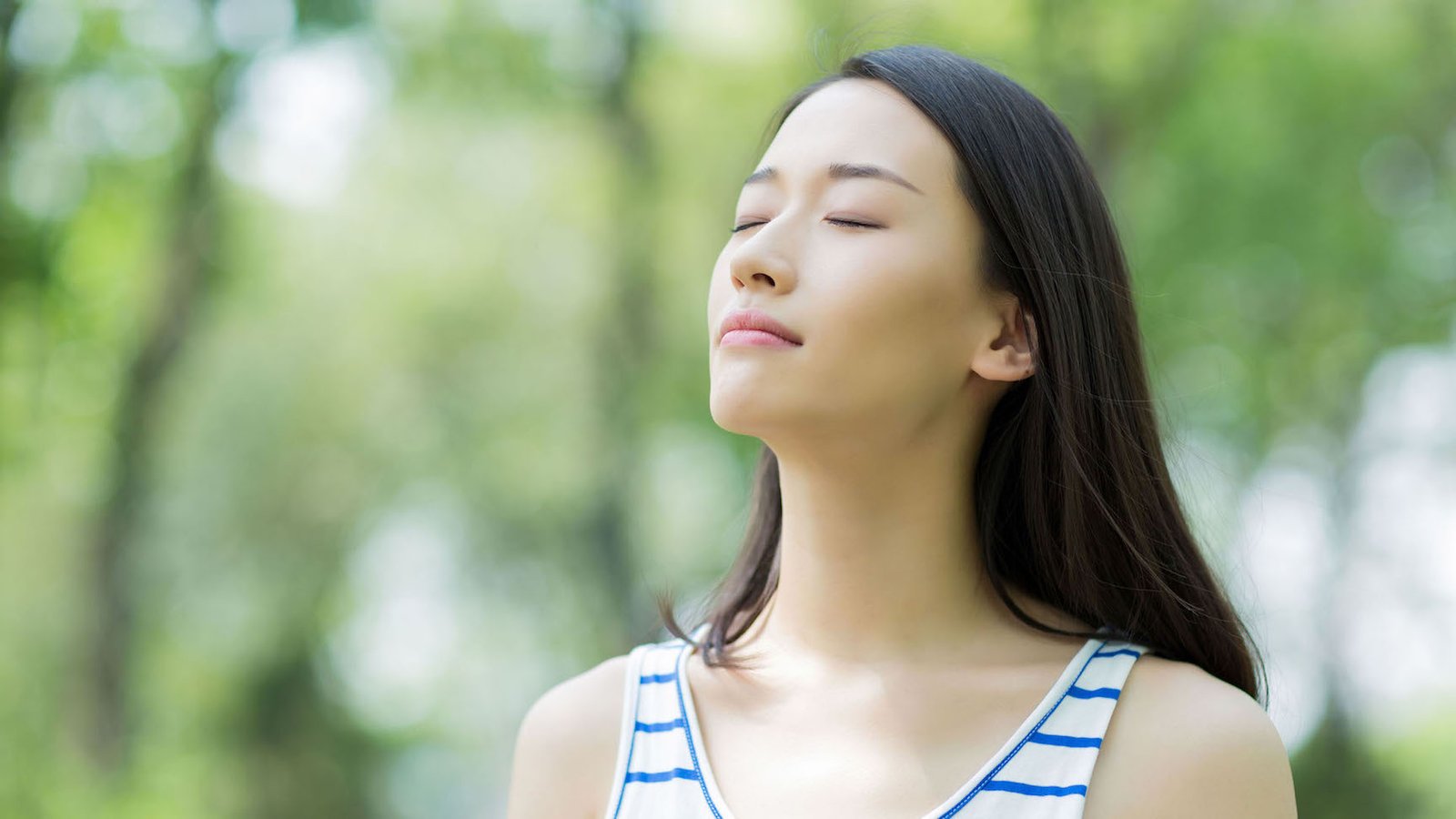 Capsaicin is a catalyst

Cayenne pepper greatly improves blood circulation. Capsaicin, the active ingredient in cayenne peppers, is a catalyst. This attribute makes it an ideal ingredient for herbal blends because it can multiply the strength of the other herbs when used jointly. For example, extensive clinical studies tested cayenne pepper in conjunction with ginkgo biloba and found ginkgo is 75% more effective when used with cayenne. This is due to cayenne’s ability to improve circulation which means it can get nutrients to tissue at an accelerated speed. It’s a powerful aid to the circulatory system, which at first thought, may not seem very impressive until you think about what that means. Improving blood circulation can be the difference between life and death for some people with circulatory system diseases.

Cayenne pepper and the Circulatory System

Capsaicin is extremely effective at improving blood flow even to the smallest of spaces such as the capillaries. Improved blood flow can be beneficial for a number of reasons such as for: optimal delivery of oxygen and nutrients to tissue, fatty plaque elimination, decreasing blood clots, and eliminating spider veins and varicose veins. Atherosclerosis, for example, is a circulatory system disease caused by fatty plaque build up along the arterial walls causing the arterial walls to harden. Diseases of the circulatory system that could benefit from cayenne pepper include:

How to Use Cayenne

Use cayenne pepper on a daily basis to help remedy these ailments. Start by mixing an eighth of a  teaspoon with 8 ounces of water or fresh squeezed juice. Drink this beverage every morning for the first week. The second week, increase the cayenne amount to 1/4 teaspoon in 8 ounces of fluid. Use this general recommendation and increase the amount of cayenne by 25% until you reach one teaspoon. Once you reach this amount, use it for a at least a month to help clean out the arteries and maintain their health. Be sure to listen to how your body responds to the cayenne pepper and take your time working up to the 1 teaspoon measurement.

Cayenne pepper may even help stop a heart attack. Some herbalist, have reported successfully stopping a heart attack in its track by using cayenne tea (powdered cayenne with warm water). This could be due to cayenne’s ability to quickly thin the blood therefore disintegrating any blood clots almost immediately.

Cayenne pepper can also help burn more fat. It warms he body by accelerating circulation and inducing thermogenesis. This ability allows is to help the body melt excess fat and convert it into energy, a process known as fat oxidation. When used with exercise, cayenne pepper increases fat oxidation by 42%. Some trials have shown cayenne pepper can help decrease appetite, another way it can help with weight loss. If you’d like to make cayenne pepper part of your work out regimen, try taking 1 teaspoon of powdered cayenne pepper in 8 ounces of water or juice, 30-60 minutes before your workout. This is a general recommendation.

Pain relief is also a benefit of cayenne pepper. Many creams and lotions available in stores now list capsaicin as a main ingredient. Cayenne has warming properties which may help reduce pain but its ability to inhibit substance P, which is a neuropeptide associated with inflammatory pain processes, allows it to effectively reduce pain temporarily when used topically. Creams containing capsaicin can help reduce pain in people with rheumatoid arthritis, osteoarthritis, post surgery pain, neuropathy, psoriasis, shingles, and general muscle fatigue.

According to the Medical University of Pecs, capsaicin can repair a damaged stomach lining and protect the colon. For this reason, cayenne pepper can also be used as a natural remedy for ulcers. Contrary to popular belief, spicy foods such as cayenne pepper do not create peptic ulcers. Most peptic ulcers are caused by bacterial infections, according to Dr. George F. Longstreth of Kaiser Permanente Medical Care Program in San Diego, specifically H.pylori. The overuse of some medications such as Advil and Motrin are the number 2 cause of peptic ulcers. This type of ulcer is caused by an excess production of acidity in the stomach.

Capsaicin, the active ingredient in cayenne pepper, slows the production of acid in the stomach according to a 2006 review published in the journal “Critical Reviews in Food Science and Nutrition”. The review also states that capsaicin boosts alkali production, which helps neutralize stomach acid. Capsaicin also enhances the release of mucous in the stomach by stimulating blood flow to the stomach lining, this helps aid healing. Additionally, capsaicin combats H.pylori bacteria. According to a laboratory study performed at Harran University School of Medicine in Turkey, capsaicin showed active anti-bacterial properties against strains of H.pylori that had developed resistance to two conventional antibiotics. This study was published in the journal “Annals of Microbiology” in 2005.

A common natural remedy for ulcers among herbalist is cayenne pepper tea. You can make cayenne pepper tea by mixing one teaspoon dried cayenne pepper with 8 ounces warm water. Drink this beverage twice a day for at least one week to help heal a peptic ulcer. Make sure to avoid all foods that create acidity in the body such as simple sugars, refined dairy, and refined carbs; instead consume natural sugars from fruit, non-gmo whole wheat, and fermented dairy products that contain friendly bacteria.

Capsaicin may even help eliminate cancer.

“Capsaicin led 80 percent of human prostate cancer cells growing in mice to commit suicide in a process known as apoptosis, the researchers said. Prostate cancer tumors in mice fed capsaicin were about one-fifth the size of tumors in untreated mice, they reported in the journal Cancer Research. ‘Capsaicin had a profound anti-proliferative effect on human prostate cancer cells in culture,’ said Dr. Soren Lehmann of the Cedars-Sinai Medical Center and the University of California Los Angeles School of Medicine.”

Externally, capsaicin works as a vasoconstrictor, meaning it constricts blood vessels which in turn stops bleeding. Many experienced herbalists recommend using cayenne pepper to stop external bleeding in case of an emergency. It’s quick acting and helps the skin heal properly, leaving little to no scarring. However, it does sting. Be sure to use caution when using this method to stop bleeding. This method should not be used on individuals taking blood thinners.

Cayenne pepper is generally safe for most people. However, there are exceptions, such as people on blood thinners and other medications. Cayenne pepper should never be taken with medications or even over the counter drugs such as Tylenol. Talk to your doctor to see if using cayenne pepper as a natural remedy is right for you. When introducing cayenne pepper to the body for the fist time, it’s best to use once a day in small amounts  and work upwards from there following the body’s natural tolerance level. 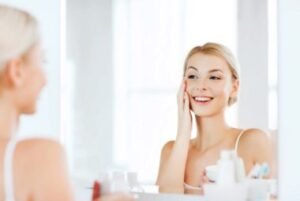 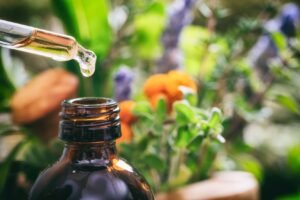