Fruit can help beat cancer. This may seem like a bold statement but not when you consider the following information. In order to understand how something as simple as fruit can help stop cancer quickly and effectively (cell cultures show apoptosis within 4 hours), one must first understand what cancer is. The all-fruit diet can work for any type of cancer. This protocol must be implemented as part of a healthy lifestyle in order to achieve the best results. Eating fresh, organic, non-GMO fruit is recommended to obtain optimal results.

Cancer cells are not very different from normal cells in the body. Because of this, the immune system may not always recognize them as a threat. If and when the cancerous cells are recognized, the immune system’s response may not be enough to eliminate them or stop them from spreading. Additionally, cancer cells, like some pathogens, can trick the immune system by releasing substances that help them hide from an immune response. Two types of specialized immune system cells (lymphocytes) are dispatched when an immune response is activated in the body. These lymphocytes are known as regulatory T-cells— cells which recognize and protect native tissue components, and effector T-cells— cells that recognize and destroy foreign components.

Study reveals immune response protects cancer instead of attacking it

Since the early 1900’s scientists have theorized the existence of “immunosurveillance” of cancers. It is speculated that the immune system recognizes cancer cells as abnormal immediately after they are produced by the body. They are destroyed upon recognition and it is only when these abnormal cells escape detection and destruction that a cancer develops. However, a recent study from the Laboratoire “Immunologie – Immunopathologie – Immunothérapie” (UPMC / CNRS / INSERM) revealed that the immune response to the appearance of cancer cells was not exactly what scientists have postulated for the past century. A team led by David Klatzmann, Professor at UMPC, revealed the “immunosurveillance” theory to be imprecise. Immunosurveillance does exist but it protects cancer cells, like it does healthy tissue, instead of attacking them.

Cancerous cells are essentially tricking the immune system by expressing molecules found in healthy tissue. Additionally, cancer cells “coat” themselves with a protective layer of protein. This protein layer, known as fibrin, “coats” each cancer cells individually as well as the tumor in its entirety. Fibrin serves as a protective layer, guarding the cancer cells against the host’s own immune response. Enzymes can break down the protective fibrin layer and expose the cells to the immune system so they may be destroyed.

How an all-fruit diet stops cancer

Fruit helps the body acquire and maintain health in a variety of ways. The various types of enzymes found in fruit aid digestion for better nutrient absorption. Enzymes are molecules that speed up nearly all of the chemical reactions taking place within the cells. They are essential for proper digestion as well as for metabolism. Enzymes also play a vital role in stopping cancer. Cancerous cells are coated in a protective protein layer, known as fibrin. White blood cells may be deployed to fight cancerous cells, however, they cannot get past the fibrin layer. Enzymes can break down the protective protein layer so that the body can attack the cancerous cells.

Fruit has the lowest levels of the amino acid methionine. It is a known fact, that cancer cells are highly dependent on methionine to survive. Mark Simon, founder of the Nutritional Oncology Research Institute (NORI), found that depriving the cancer cells of methionine, through diet, essentially causes them to die, “you deprive the cancer cells of methionine, which causes oxidative stress and it limits their ability to synthesis proteins that they need to carry out all of these cellular functions and divide and do everything they need to do to generate more cancer cells.” Methionine restriction is one of the key steps to eliminating cancer. Fruit just happens to provide the two most essential keys to destroying cancer: using enzymes to remove the protective coating surrounding cancer cells; and depriving cancer cells of building blocks to that they can’t replicate and ultimately apoptosis (cell death). Fruit has the lowest methionine levels. Dark green vegetables have a higher protein content and a higher methionine content. Avoid nuts seeds, grains, beans, soy, sesame seeds, and Brazil nuts, all of which also have a higher protein and methionine content.

Does sugar in fruit feed cancer?

There’s a pervasive theory that sugar feeds cancer. This is a misunderstanding. Fruit can be a problem if it is a part of a high fat diet. Fat accumulates in the cells and causes insulin resistance which causes blood sugar regulation issues. Sugar itself does not feed cancer, insulin does. Insulin lets sugar into the cells, it’s known to be a tumor growth promotor. High protein foods, such as animal protein and dairy, can also spike insulin. Animal products contain high levels of IGF1, a tumor growth promoter. Plant based foods are significantly lower in IGF1. Additional benefits of an all-fruit diet include: clear elimination channels to detox cancer cell waste, alkalization– which improves various bodily functions, lowered inflammation, low-impact diet for easy digestion, and high amounts of fiber for better bowl evacuation.

How to implement the NORI protocol

According to Mark Simon, founder of the NORI protocol, this diet is specific to each individual. There are various factors that need to be considered, such as age and weight, before implementing this protocol. Some individuals can afford to lose weight while others can not. For this reason, the protocol should be tailored to each individual. A typical fruit diet for this protocol will last anywhere between 7-21 days. After this period, leafy greens, lightly cooked vegetables, and other healthy foods can be introduced into the diet. This part of the diet typically lasts for about a week then the individual must resume eating fruit exclusively for another 7-21 days. The depravation of methionine being switched on and off through diet causes cell cycle arrest then apoptosis in the cancer cells. Cell cultures show apoptosis begins in about 4 hours after beginning the protocol.

The NORI program works for any type of cancer and is especially beneficial for individuals taking pain meds. Morphine and other opiate medications are tumor growth factors. They directly promote tumor growth and suppress immunity. Additionally, pain meds cause constipation. A backup of fecal matter can cause auto intoxication since the putrefying matter recirculates into the body. Enemas and colon hydrotherapy are great options in the occurrence of constipation. Broken down cancer cells need to be expelled from the body. In order to do this effectively, efficiently, and safely, all of the body’s elimination channels should be supported and kept clear during any cleansing protocol and especially during this kind of program. Mark Simon himself states that this protocol be implemented slowly but continuously. Fast treatment with high tumor lysis can cause renal (kidney) failure. The kidneys may not be able to keep up with such a high rate of cellular waste filtration; this can cause renal failure which can result in death. Follow up tumor blood tests can be done in 6 weeks to track progress.

How a high-fruit diet can reverse cancer: The science behind the NORI Protocol

Previous post What is the belly button connected to? 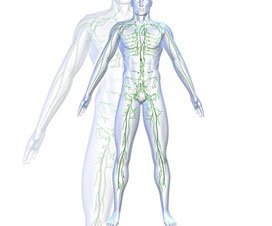